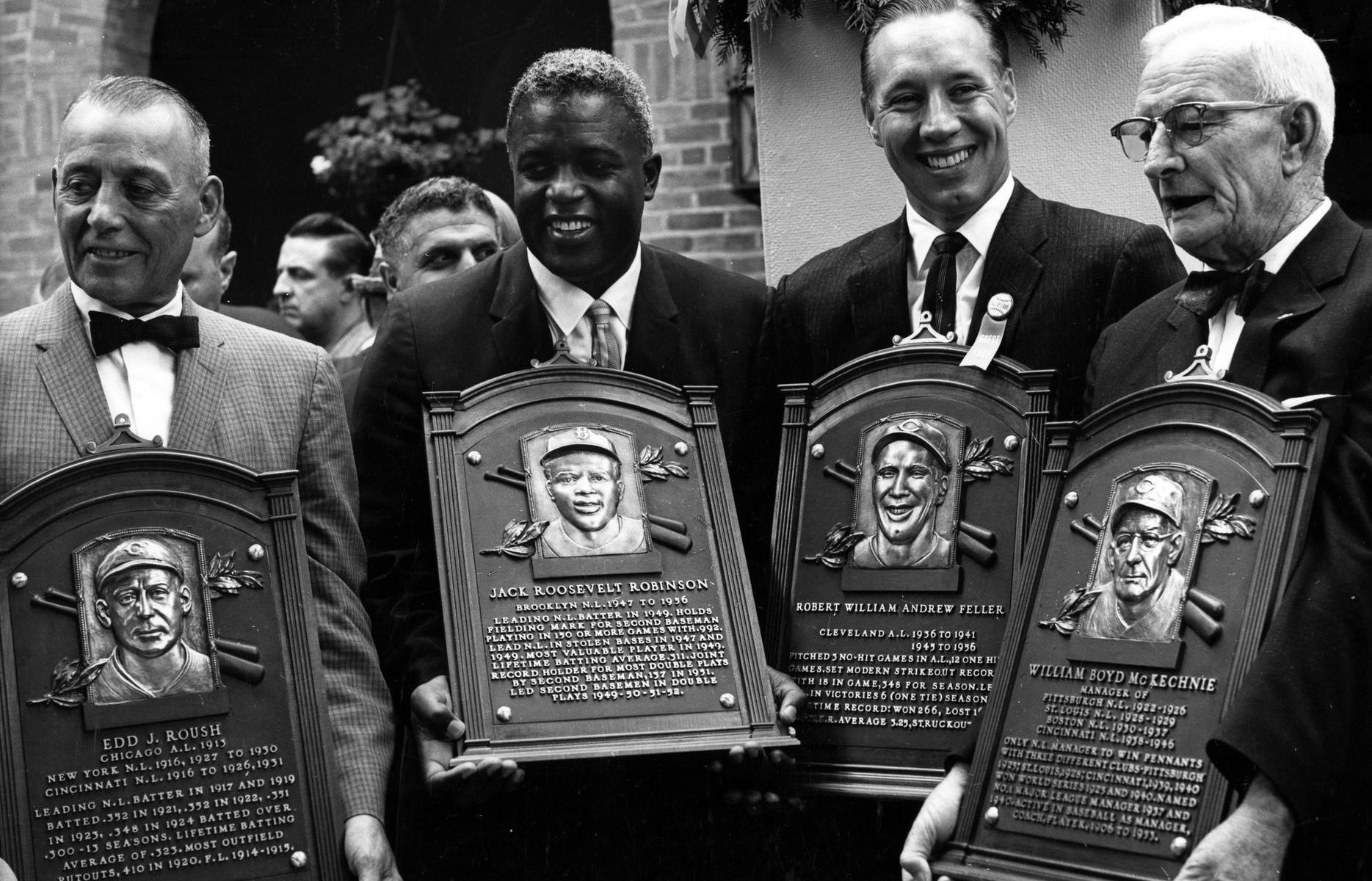 Born on May 8, 1893 in Oakland City, Ind., Edd Roush’s career was full of accomplishments that would render him one of the most dangerous hitters of his time. In a professional career that lasted more than 18 years, the former center fielder played primarily for the Indianapolis Hoosiers (1914), the Cincinnati Reds (1916-1926) and the New York Giants (1927-1929). The fierce hitter struck out only 260 times in 7,363 at-bats and hit over .300 in 13 different seasons.

In 1924, Roush hit a staggering 21 triples and at the end of a prosperous career had two batting titles (1917 and 1919) to his credit. A lifetime .323 hitter, Roush was able to accomplish these remarkable feats while swinging a bat that weighed 48 ounces, the heaviest in major league history.

Aside from his impressive skills on the baseball field, Roush was known as a shrewd negotiator. He never went to play for a team without making sure he was getting what he deserved and sat out the entire 1930 season over a salary dispute. He had pride in himself and his sport and was known for his aggressiveness.

Roush ended his playing career in 1931 and coached the Cincinnati Reds the following season. In 1962, he joined was inducted into the National Baseball Hall of Fame in 1962 along with Jackie Robinson and Bob Feller. Seven years, later fans voted him the “Greatest Red Who Ever Lived.”

In 1988, the greatest hitter of the dead-ball era died of a heart attack while attending a spring training game at McKechnie Field in Bradenton, Florida. He was just six weeks short of celebrating his 95th birthday.